IMDb: 7.1 2009 525 views
When the entire world blacks out for two minutes and seventeen seconds, everyone sees a flash of their own future 6 months from the present. For ...
Drama

IMDb: 7.4 2009 7272 views
The Pritchett-Dunphy-Tucker clan is a wonderfully large and blended family. They give us an honest and often hilarious look into the sometimes ...
Comedy

IMDb: 8.2 2009 1734 views
The story of two vampire brothers obsessed with the same girl, who bears a striking resemblance to the beautiful but ruthless vampire they knew ...
DramaFantasyHorrorRomance 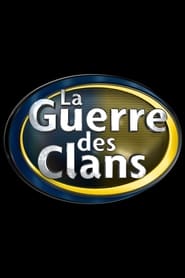 IMDb: 7 2009 12 views
The popular game show which has been around for some thirty years in the United States, presents two teams who square off in a duel of questions.

IMDb: 8 2009 679 views
Hilarious ensemble comedy that follows Leslie Knope, a mid-level bureaucrat in the Parks and Recreation Department of Pawnee, Indiana, and her ...
Comedy