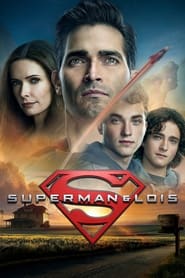 IMDb: 7.3 2015 52 views
Twenty-four-year-old Kara Zor-El, who was taken in by the Danvers family when she was 13 after being sent away from Krypton, must learn to ...
Action & AdventureDramaSci-Fi & Fantasy

IMDb: 7.5 2014 1565 views
After a particle accelerator causes a freak storm, CSI Investigator Barry Allen is struck by lightning and falls into a coma. Months later he ...
DramaSci-Fi & Fantasy